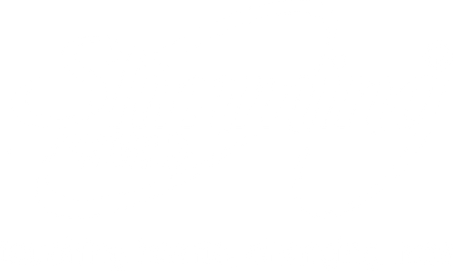 Four new consultants are joining a successful cluster of groups in Surrey and new groups are popping up in the area this summer! Our members’ success is brought about by following Slimming World’s amazing Extra Easy plan.

Members of local groups themselves, Kirsty, Aileen, Vicki, and Natalie have lost over 12 stone between them, and each one of them has their own personal reasons for finding Slimming World.

“Before Slimming World my clothes always felt tight and I wore black a lot. Exercise didn’t help me lose weight as I love skiing and I ran to try and lose weight.”

None of this worked until Aileen walked through the doors of her local Slimming World group. She was nervous about going, but just walked in and was made to feel very welcome and was blown away by the buzz and friendly atmosphere. What impressed Aileen the most was the fact that she could enjoy everyday food such as pizza and chicken curry, not forgetting she could still enjoy her treats of cheese and prosecco. Aileen has gone on to lose 3 stone and enjoys having a very colourful wardrobe.

Kirsty says she gained weight after having her children and found it hard to lose it. She even trained for the London Marathon in 2010, training hard for 8 months and didn’t lose a single pound of weight. Kirsty knew friends that had been members of Slimming World and after seeing a photo of herself at a wedding; Kirsty decided enough was enough and joined her local Slimming World group. She loved the fact that she and her family could eat together and enjoy meals such as roast dinners, cooked breakfast, sweet and sour chicken, and fish pie. The best bit was Kirsty has now lost 4st.

Kirsty hosts the East Molesey group at Imber Court on Thursdays at 5pm and 7.30pm.

Vicki initially went to a group with one of her clients as support to her and never dreamed she would end up joining and loving it! She said: “I was really worried as I had never dieted before and being a vegetarian I had no idea I could eat my favourite meals with my family such as veggie paella, Spanish sausage and bean stew, or mozzarella and chilli pasta bake.”

“I really do feel that Slimming World has given me my life back.”

Having joined Slimming World twice, Vicki knew the last time would be the final time having lost 2 stone the first time and 12 ½ lb the second time and has dropped a dress size!

Natalie has gone on to lose 2st 5lb with Slimming World. She said: “Losing weight has been a revelation, I used to snore but that’s stopped now so I no longer worry about weekends away with friends or family. I also suffer from PCOS and tend to carry my weight on my tummy; thankfully my tummy isn’t the first thing people see when they greet me now.”

One of the things that Natalie loves the most is the group support each week in group, catching up with the other members (as some of them are friends she has introduced) and she loves getting all of the tips from group too.

“I have a very active social life and I find I don’t have to be a drain on others, from the tips I get in group I can always find something that I can swap so I am always eating the best possible meal that I can.”

Contact us, in Surrey, to speak to the Slimming World team.